On last post, I asked the readers of the blog about making suggestions for future themes. A suggestion I received was about re-making the flags of Goiás, Piauí and Sergipe, because, according to the anonymous commentator (and I have to agree on this point), they are "too similar".

If you aren't familiar to those flags, here they are:

It's not the first time where I write about those flags on this blog, actually. On the original post, I suggested Piauí flag being reversed to previous version (without text), and a totally novel flag to Goiás whose rationale can be read here.


I decided I'd do a novel design to each state. As I had it done to Goiás yet, there are two remaining.

Next on batch is Piauí. My first proposal to Piauí state is inspired by state coat of arms, that follows: 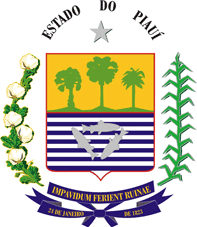 The state coat of arms is party per fess: the top is yellow, with three green trees representing the three native palm trees of the state, from left to right, Copernicia prunifera ("carnaúba"), Mauritia flexuosa ("buriti") and Orbignya phalerata ("babaçu"); on bottom, the three fishes represent the three biggest rivers of the state (Parnaíba, Canindé and Poti), while the seven blue pallets stand for the main tributary rivers on the right margin of Parnaíba river. Here's the proposal: 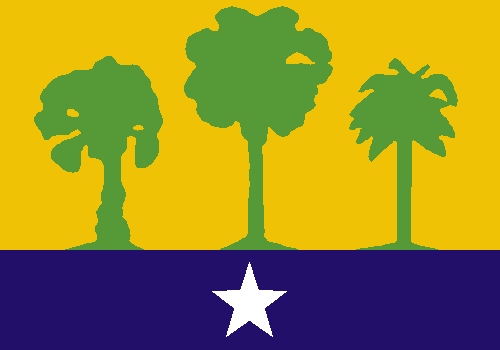 The white star representing statehood and progress appears both on flag and on the crest of the coat of arms. The blue field represents the waters of the state in general.

My second proposal is more abstract, so possibly more suitable for a flag, taking inspiration from the bottom of the coat of arms: 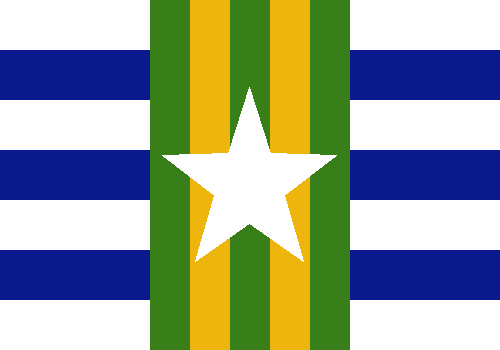 My proposal for Sergipe is more thought: the flag says few about the state (it was initially adopted by a local private shipping company), and the current state coat of arms is neither very appealing nor heraldically correct. I'll first present the flag then explain its symbolism. 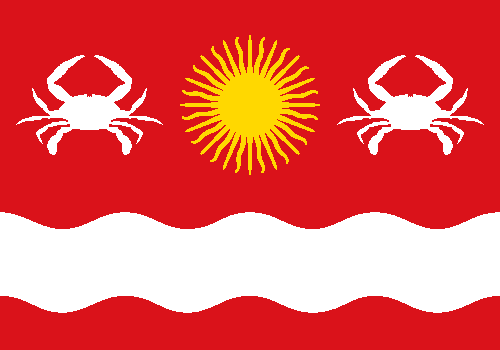 The base of this flag is the yellow sun on red, took from a coat of arms adopted initially by Dutch colones, and, as far as Wikipedia may suggest, also used by the Portuguese province (what I suspect isn't true). The state takes its name from the a river called Sergipe (from Tupi, "river of siri") or the tribal leader Serigy (from Tupi, "water of siri"). "Siri" is a name given to the "swimming crabs", that have the last pair of paws in the form of swim fins, therefore the wavy stripe and swimming crabs on the flag; similar iconography is found on the coats of arms of the Roman Catholic archdiocese of Aracaju and some of its bodies.

If you prefer, a version without the crabs, but still with all symbolism: 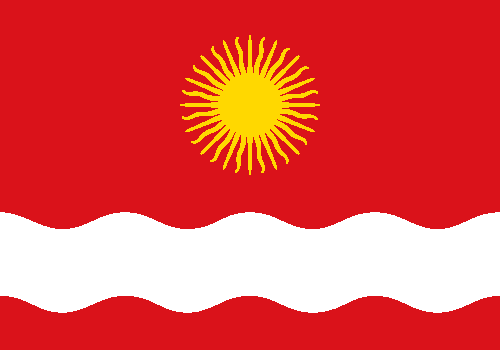 Your comments are welcome and, as proved today, I read all them.
I'm still open to suggestion; leave yours on comments.
Posted by Leonardo Piccioni at 5:11 am No comments: Links to this post

It's the second anniversary of my first post on this blog. It's a very special occasion to thank sincerely all the viewers and followers of the blogs and, emphatically, the comments that make the blog so special.

The best of the year


Here's my selection of my favorite blog posts of this year, in no particular order. If you feel the absence of one design, cite it on comment!


It's the list of goals I've made on previous year. Let's see if I achieved them? On parentheses, the possibility I bet.

Goals to next year

The blog is making anniversary, and who gains the gift is its most important actor: you! Suggest a theme to a post, and I'll do my best on it.

Your comments are very important.
I can't forget to thank you again for viewing, following or commenting.
Posted by Leonardo Piccioni at 2:23 am 2 comments: Links to this post

Some weeks ago, Samuel McKittrick published, on his blog, a post about a flag proposal to the Greater London. What's Greater London? Well, the City of London, officially, is only 2.9 km² large, and, as you can suppose, the area that surrounds the City is much bigger.

His interesting flag proposal is the following, on versions with and without St. Gorge's cross (being the latter a banner of his proposed coat of arms):

The portcullis represents the fact that London is capital of UK (it appears on Westminster coat of arms), as it's a symbol associated with Parliament, and represents the Greater London, for example, on London Regiment cap badge. The lion and the Lancaster and York roses are symbols of England.

His proposals, specially the second, are quite nice, but I was just curious to take a different approach, adding the Saxon crown to represent the status of capital and main town of England since before the Norman Conquest, and appears, for example, on the flag of Middlesex (that comprises good part of Greater London) and many London boroughs, like Barnet, Brent and Ealing.

I decided to make the flag from the coat of arms, making the design have double usage. The coats of arms (only the shields) are here:

The color scheme is inspired by the St. George's red and white. Both shields contain the Saxon crown and the portcullis, whose meanings are explained above. The fess wavy was added because, as Samuel stated, the crown just above the crown could be confused with Parliament logo. It represent the River Thames, that divides London in north and south, and the Port of London attached to it. On the chief of second shield, a St. George's cross, that can represent, among other things, the city of London, charged with Tudor rose, an authentic English symbol. But first shield is still my favorite.

Transposing the coat of arms to a flag: 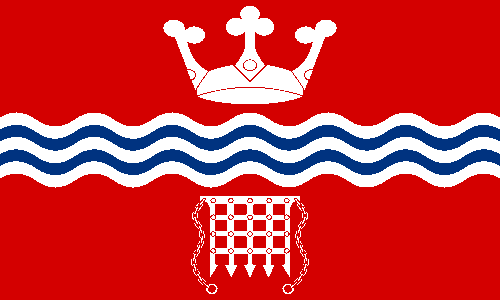 Maybe a taller ratio would be better, but its unique horizontal pattern (all red, with blue and white wavy stripe) would make it recognizable in any wind condition.

Comments are welcome.
Original Sammy McKittrick post, that's an excellent reading, can be accesses here.
Posted by Leonardo Piccioni at 4:19 pm 3 comments: Links to this post

Last Sunday, I was surprised by a request: a man from Mexico named Guillermo asked me about designing a coat of arms for his birthplace: the city of Pachuca de Soto. Well, I accepted.

Although he asked only about a coat of arms, I'll present it here inside a flag. The work is not finished, Guillermo suggested some changes,  but I think the current status is good enough to be displayed.

Part of my goal was to make it look like Spanish-style heraldry. I can best explain the symbolism after I show the flag: 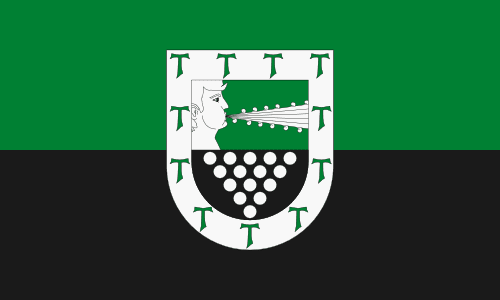 On the chief of the coat of arms, there's a representation of one of the anemoi, the Greek wind deities. I decided for it because the city is nicknamed "the airy beauty" and "the wind's fiancee". The green background is a tribute to the hills that surround the city. The base (bottom) of the coat of arms is inspired by the coat of arms of both the duchy and county of Cornwall, as the Cornish influence to the city is still perceived (just for curiosity, Pachuca had the first Mexican football club), but with golden roundels substituted by silver ones, as the silver extraction was main economic activity until the middle XX century.

The bordure was added as it was a common element in Spanish colonial heraldry. The silver bordure is adorned by green tau crosses, associated with the Franciscans monks, fundamental to early settlements on the city.

Based on Mexico City coat of arms, this shield don't have any crown or crest. The background colors of the flag are a very obvious pick.

Comments are welcome.
This work is still not finished. Possibly, I can futurely release a post with updates.
Posted by Leonardo Piccioni at 1:24 am No comments: Links to this post