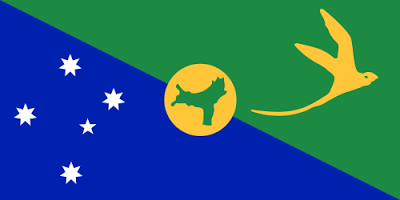 I'll start saying it's not a horrible flag. Actually, I think that when this flag was made official, in 2002, probably  the flag Tony Couch designed in 1986 (this one) was a good choice. But there's some points I dislike about this flag:
Now knowing the necessary steps, I came with this design: 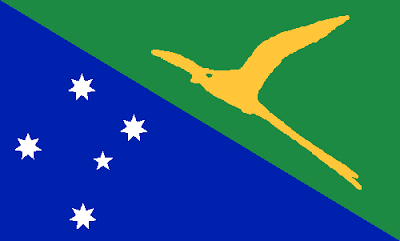 Alternatively, if Christmas Island gain bigger integration with the Commonwealth of Australia, this design may be preferred: 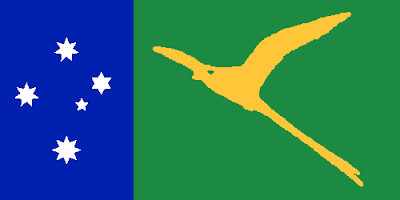 I hope you liked the design. Happy Christmas to everybody!

Today it was announced that part of British Antarctic Territory will be named Queen Elizabeth Land, in occasion of Diamond Jubilee. It's a good opportunity to imagine how this land's flag should look like. Samuel McKittrick, in his own blog, showed his proposals. Now I'll show the mine; it doesn't necessarily means I support the British monarchy or its claim in Antarctic lands —  it's s blog about Vexillology, not Politics.

Like the other flags of British oversea territories, it'll probably adopt a British ensign with with a local coat of arms. Just clarifying: Queen Elizabeth Land will be a region of a territory, not a territory itself. After some tests, I decided for this coat of arms: 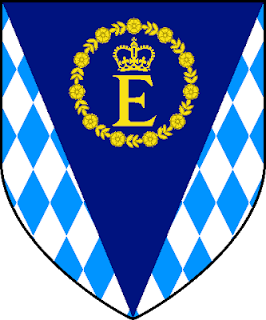 [Click to zoom]
The background is formed by white and blue lozenges. Firstly, it emulates diamond shape (a reference to Diamond Jubille). It also is used because it slightly resembles the ice. There's a blue triangular division, with royal cypher on it, as reference to the person whom the land is named for. The cypher contains the crown, so I don't thought it's needed to crown the shield.

After that, I came to the flags in themselves. First, a white ensign, like the British Antarctic Territory flag: 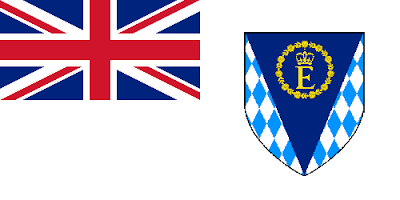 In the other hand, if a blue ensign was preferred, I preview it'd look like the following: 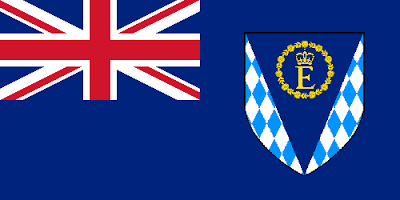 It was only a supposition training; I don't know even if this land will ever adopt a flag.

Please, leave a comment, and help enriching the blog.
I suggest the visit to Samuel McKittrick's post about the same issue. Click here.
Posted by Leonardo Piccioni at 1:01 am 5 comments: Links to this post

Do you know where Abaco Islands are? Probably not, except if you're Bahamian or collect bad flags. Because the islands sure have one of them. Actually, it's not the local flag, that they apparently haven't, but the flag of the (apparently) defunct Abaco Independence Movement, that wanted to became a separated British colony (there was even a proposed governor flag). For now, I should say I'll keep politically neutral on this post. 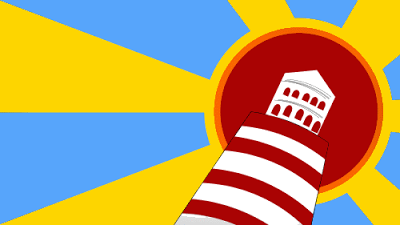 The flag isn't very good (in some depictions, it's showed even worse). There's a lot of problems on it. Firstly, the flag is overloaded on the right, what means that, on low wind, the flag is indistinguishable. I count seven colors on it (blue, yellow, orange, red, white, gray and black). Too many, for me. And this lighthouse (it's a lighthouse, if you haven't perceived yet) looks like the Tower of Pisa, but it's very straight.

I'll keep the same elements of this flag, only create a better pattern. The lighthouse represents the Hope Town Lighthouse, the islands' most famous landscape. The sun represents freedom on original design, but I'll use as reference to local climate. 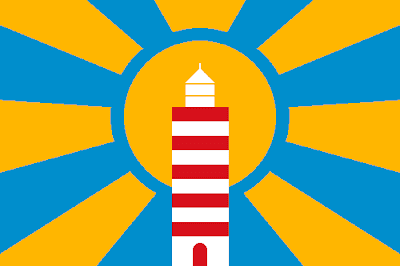 The result isn't as good as I wanted, but's still better than the original flag. The flag is more symmetric now, and I preferred the stylized lighthouse in place of the more "cartoonish" one. Four colors are still very many, but obviously less than seven. It's my self-concept to this proposal: not excellent, but better than the original.

Your comment is welcome. Please, leave a comment.
But I'll repeat: I'll not express my personal opinion on Abaco issue. We're only discussing vexillology.
This interpretation of the flag is from there.
I know that was a long time since I published my last post, but I promised it'll return to standard rhythm on January.
Posted by Leonardo Piccioni at 1:01 am No comments: Links to this post