According to 1976 Portuguese Constitution, the country should be divided in administrative regions. It never happened in continental Portugal until then, but Azores and Madeira, in Atlantic Ocean, have their own autonomous regions.

Those regions don't have flags, so I'll give some proposals. The number of proposed regions in continental Portugal is variable, but I'll consider the seven below for this post:


Seven is more flags than the average by post, so I like some of the flags below more or less.

The first flag I created was to Beira Interior. It's based in the flag flown by the Lusitanian leader Viriatus, that resisted to Roman conquest until his death, in 149 B.C. It's claimed that the flag consisted of a white cloth with a green two-legged dragon. Later, the green dragon became a Portuguese royal symbol. 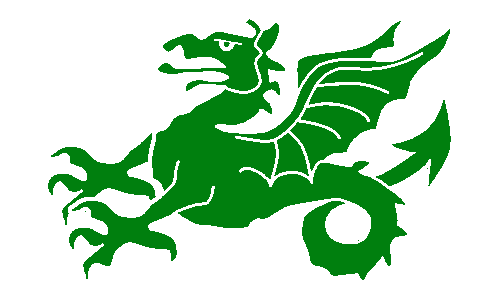 Other region with a easy flag is Algarve. For long, the title of king of Algarve was subsidiary to that of king of Portugal. Some medieval heralds have attributed arms to the titular kingdom, consisting on a quartered shield with the heads of Saracen and European kings. the other of the heads and the field colors varying.

Firstly, a design with a more contemporary representation, and the armillary sphere from the current flag of Portugal: 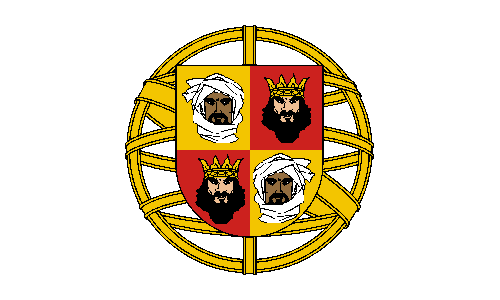 Other variation I considered was a banner of arms, with a more Medieval depiction: 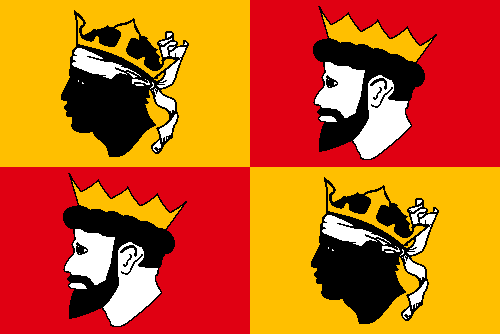 The flag of Entre Douro e Minho ("between Douro and Minho rivers") is punning: Douro sounds like "d'ouro" ("of gold"), and a possible etymology of Minho is "red" or "vermillion". The position of the stripes represents, more or less, the disposition of those rivers. 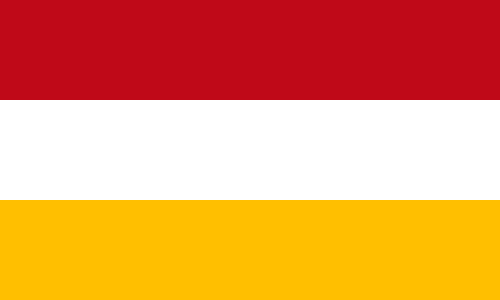 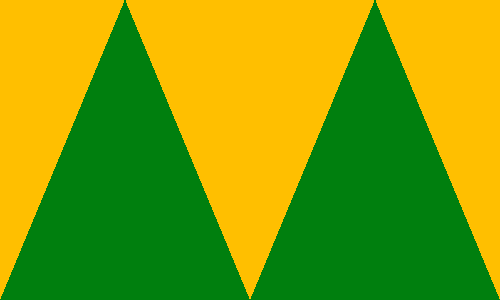 For Alentejo ("beyond the Tejo river"), I designed a flag featuring the yellow of its large camps and the blue of its sky. The darker blue stripe represents the Guadiana river, that divides Portugal and Spain, and where the biggest dam of Western Europe is located. 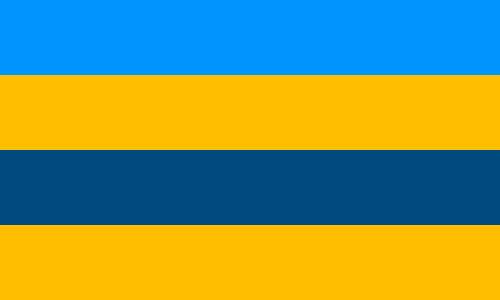 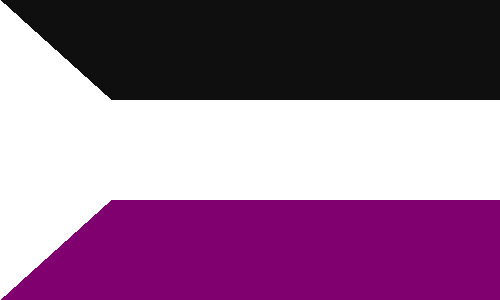 For last, the hardest flag to be design, to Beira Litoral. You can see it below: 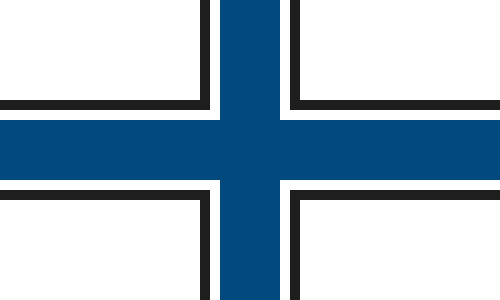 The blue cross on white represents the medieval County of Portugal, that would later gives origin to the kingdom of same name. Black and white are the colors of the traditional costumes of the University of Coimbra, one of the them oldest surviving European universities.

Comments are welcome.
The chosen map does not necessarily means I endorse it.
Posted by Leonardo Piccioni at 2:35 pm No comments: Links to this post

The president of the United States of America only gained an all-purposes personal flag in 1902; previously, Army and Navy had their own representation of president's flag for a few decades.

The current design is from 1945, with slight changes after Alaska and Hawaii joined the Union: 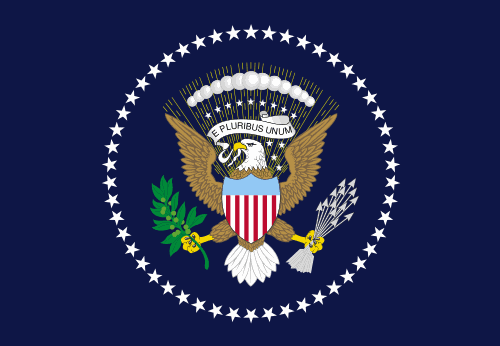 However, the first proposal for a president's flag dates from 1817! Its author is Samuel Chester Reid, that also helped creating the rule that a star should be added to each new state while the stripes are fixed in 13. In a reproduction by George Preble: 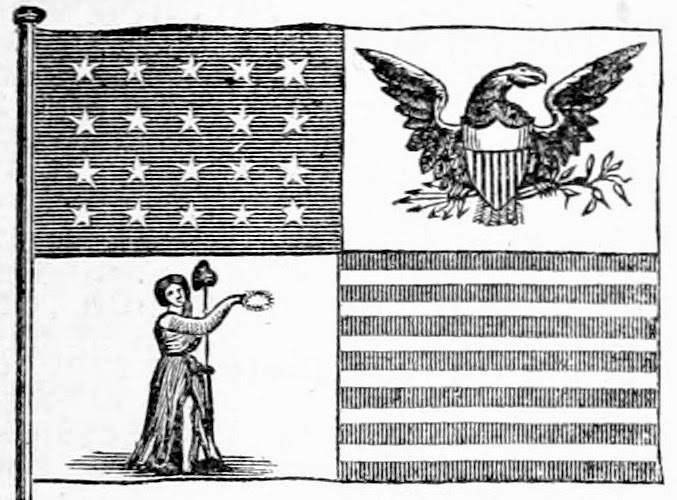 Or, in a poor reconstruction of how it could look today, by me: 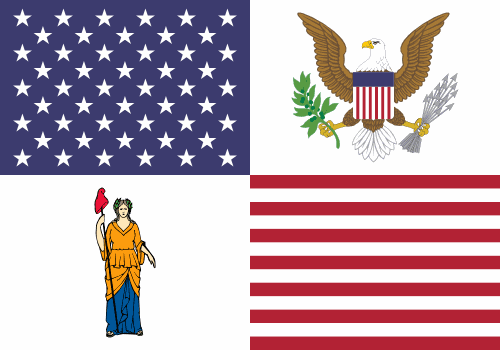 That flag was divided in four quarters, maybe inspired by British royal standard: on the first, a blue background with as many white stars as the number of states; on the second, the coat of arms in white field; the third, white, with a representation of Lady Liberty; on fourth, thirteen red and white stripes.

I decided to take inspiration on Reid's proposal to create a less boring presidential flag: 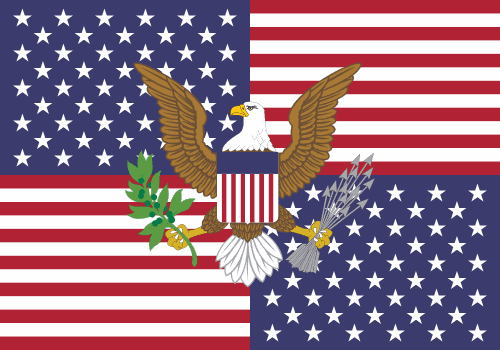 I decided to remove Lady Liberty, because she gets many different depictions e.g. the Statue of Liberty, in New York, and don't fit the rectangle well. The background of the design ins inspired by the current flag, with two quarters with the stars and two with the stripes. In the center of the flag, the coat of arms, like in current one.

I like it. I'm not sure about some hidden stars, though.

Comments are welcome.
Be gentle on comments, please.
Posted by Leonardo Piccioni at 4:38 pm 2 comments: Links to this post

The Caribbean Netherlands, also known as BES islands - because of the name of constituent Bonaire, Sint Eustatius and Saba - emerged from the dissolution of Netherlands Antilles in 2011, together with now autonomous Curaçao and Sint Maarten.

Since then, the Netherlands Antilles lost its status as recognized Olympic committtee, the athletes competing in 2011 Pan-American Games and 2012 Olympic Games under PASO and IOC flags, respectively. It's not improbable that Curaçao ans Sin Maarten will gain any time their own separate Olympic committees, but SEB islands may not have same lucky and, currently, they can only compete under Aruba or Netherlands flags.

My first proposal was one of the first flags that I designed seriously, probably before the existance of this blog, so you can see some faults. Here's it, unedited: 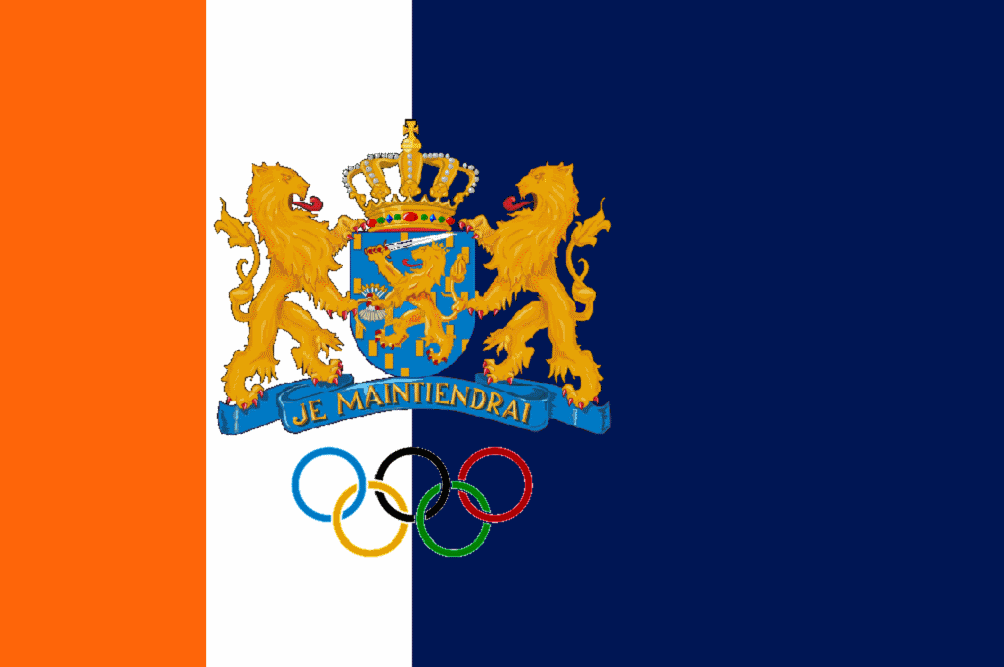 This flag was inspired by the logo of the National Office for the Caribbean Netherlands (below), with Olympic rings and colors associated with Dutch sports: 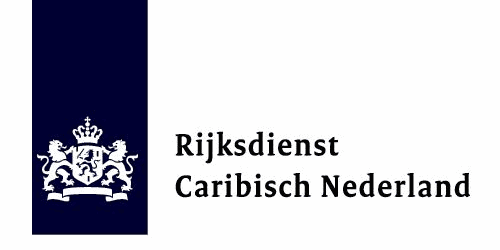 I recently re-thought about the theme. My solution, much simpler than the previous, is the following: 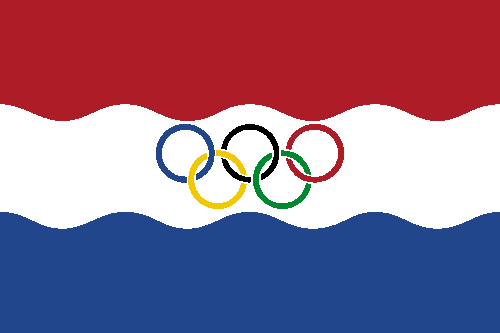 It's a very simple idea: the Dutch flag, with wavy stripes (representing the insular aspect of the region), and the Olympic rings. Bonaire, Saba and Sint Eustatius all have red, white and blue in their flags.

For non-sportive contexts, you can see this: 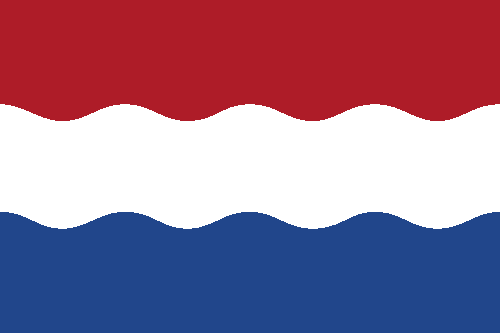 It's very simple, but, in some visibility conditions, can be too similar to Dutch national flag.

Comments are welcome.
RCN logo used under fair use.
Posted by Leonardo Piccioni at 2:30 pm No comments: Links to this post

I've recently knew that Goa hosted the last Lusophony Games earlier this year. The host team, however, competed as "India", even though, at least in some sports, like football, local athletes were the rule.

This way, they competed under Indian flag. Goa seems to have an unofficial flag, although I haven't found documental sources to it, that looks like this: I really don't know what this building is supposed to be. Any information is gladly welcome!

As I never saw that flag in use, I decided to make a flag specially for sports and other Lusophone events, that showed the Portuguese influence but without a Portuguese look. The result is the following: 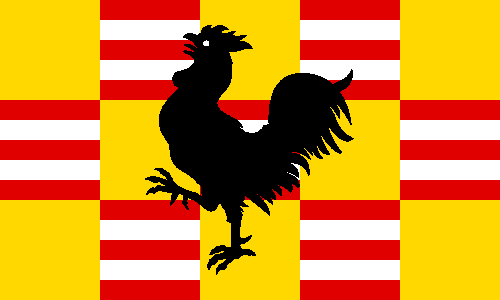 The background pattern represents the coat of arms of Vasco da Gama, the Portuguese national hero that found the route to India through the Indian Ocean. It names the most important city of Goa. The cock was the mascot of the 2014 Lusophony Games and, as explained in this link, is very important to local culture.

Comments are welcome.
If you have additional informations about the Goa "unofficial" flag, please leave a comment.
Posted by Leonardo Piccioni at 3:00 pm No comments: Links to this post