The house of Orléans-Braganza are descendant of princess Isabel, heiress to last Brazilian emperor, and her husband, count of Eu. They are current claimants to the Brazilian (extinct) throne.

The current coat of arms of Orléans-Braganza is that of former Empire of Brazil, with inescutcheon of house of Orléans: 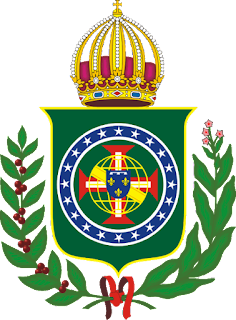 On a previous post, Rodrigo Sales asked me for a remake of this coat of arms. It's the kind of creative exercise I've never done, but nonetheless I'll present two suggestions. I've used "french modern shield", because that's the escutcheon shape historically used by Brazilian nobility. 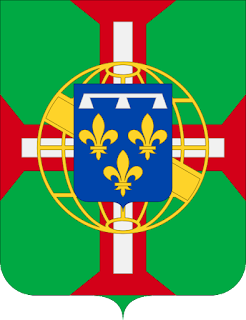 It's, basically, a simplification of current coat of arms. I've removed the stars that, apart from being too busy, should be updated every time a new province was created. This design uses the room much better, and diminished the contrast-problematic clash of green and red.

It's better to design a family coat of arms with some usages in mind, like impalement, quartering and lozenge (for ladies).

My second attempt is my favorite: 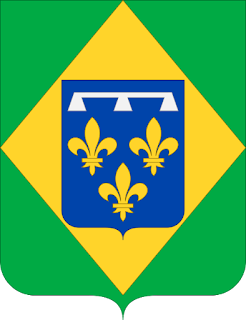 In Brazilian imperial flag, the green represents House of Braganza (emperor Peter I of Brazil), while yellow represents House of Habsburg-Lorraine (empress consort Maria Leopoldina), so it can work as genealogical arms. The inescutcheon of Orléans adds the blue and white, similar to current flag and a homage to Our Lady, patroness of Brazil.

Other usages of coat of arms:

That inspired to make this dinastic flag: 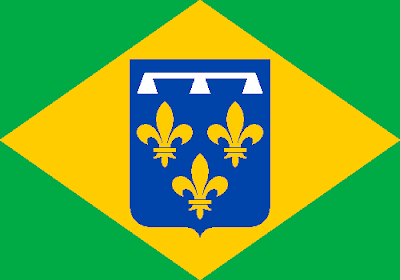 Comments are welcome.
This post was a request. Feel free to do your request, too.
Posted by Leonardo Piccioni at 6:20 pm No comments: Links to this post

Denny and Dunipace is holding a contest to decide its new flag (more info here). I've submitted two entries, that didn't made the final list (even though similar entries did), but I'll show them here just for entertainment.

The burgh used to have a beautiful coat of arms, before it was incorporated into Falkirk, even though it's too busy for a flag: 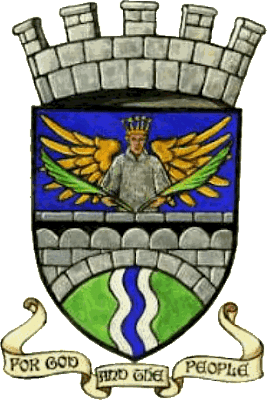 My first entry adapted it into a more flag-friendly design: 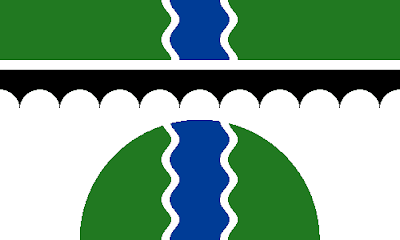 The entry was followed by this rationale:

The flag resembles burgh seal and coat of arms. It contains a landscape, with river Carron and the bridge joining Denny and Dunipace. The white color remarks the important treaties signed in this place. The bar engrailed represents the connection with the Sinclair.

My second entry was less derivative but, I have to admit, more generic: 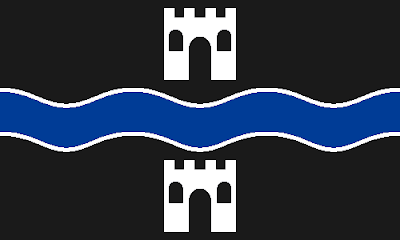 It was an improvement over a previous design, that took "twin towns" too literally: 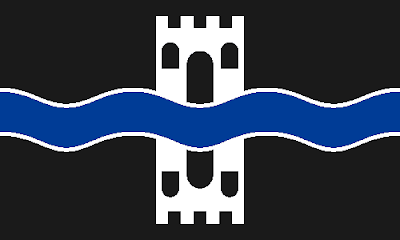 I've submitted it with the following rationale:


The flag shows River Carron, with Dunipace in north bank and Denny in south. The white color remark the important treaties signed in this place. The black color represents coal and iron. Apart from Denny and Dunipace, the two fortified buildings can represent the forts on its banks dividing Roman and Picts — "Carron" may come from Latin "caer avon", i.e. "river of the forts".

None of them made the final, but designing them was nonetheless some fun.

Comments and suggestions are welcome.
To know the finalists, click here.
Posted by Leonardo Piccioni at 7:46 pm No comments: Links to this post

Its current flag is the following: Until 2002, when it was merged with four other townships, it used the following flag: 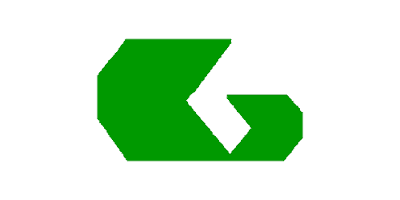 Both flags use a stylized "G" and, in some way, represent sustainable development.

My attempt is a mix of both and, hope I, better than both: 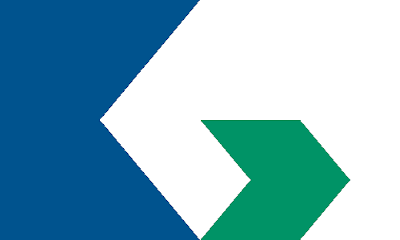 The blue part represents clean water. The green part, whose shape may remark leaves in the wind, represents nature; it's also an arrow point towards future. The overall design resembles a "G" just like former flag.

A variant on same theme: 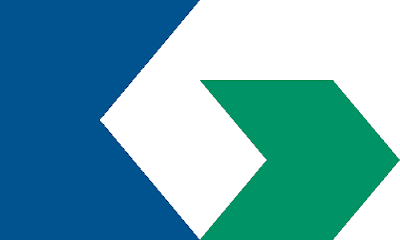 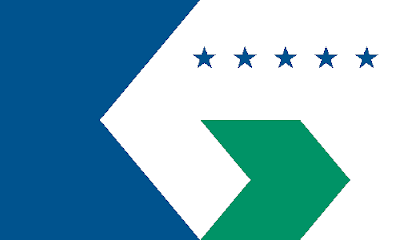 Comments and suggestions are welcome.
Sorry for recent absence. I had professional compromises.
Posted by Leonardo Piccioni at 6:19 pm 2 comments: Links to this post