Many Australian flags still adopt a blue ensign as their own flag, but Northern Territory and Australian Capital Territory successfully changed its own flag to a common pattern, often called "Australian pale". There's even a campaign to change all Australian flags to that pattern. To understand better what I'm saying, look at current Tasmanian flag: 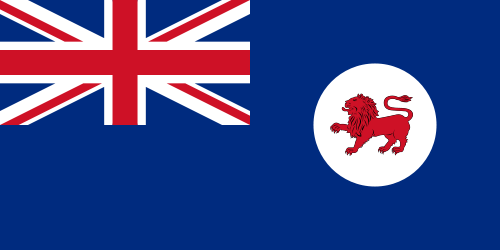 A red lion is so generic that it could be used by any other Commonwealth territory. And Tasmania isn't even in Africa or India. I think a best idea should be the unofficial animal of the island, the Tasmania lion (that's actually a marsupial). A specimen of this animal isn't found for decades, but maybe it isn't extinct. Using the bottle green, associated with the island, I came with this flag: 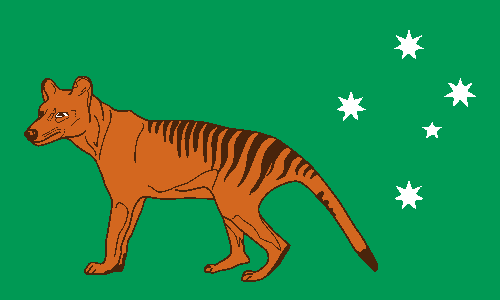 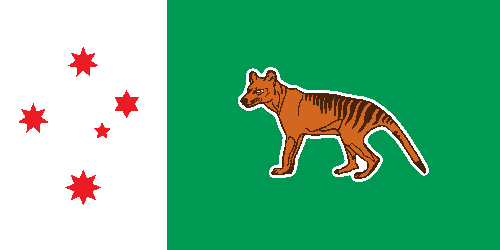 A white border to contrast better, and red is also used to represent Tasmania. Being sincere, I still prefer my first design.

Your comment is very appreciated. Please leave a comment.
Probably the blogging rhythm will be altered until the New Year. After that, it returns to standard frequency.
Posted by Leonardo Piccioni at 12:43 am 4 comments: Links to this post

The Daman and Diu territory has a special history in Indian subcontinent. Together with Goa, and Dadra and Nagar Haveli, they were part of Portuguese Empire for centuries. Daman and Diu were Portuguese colony for more than 400 years, only being transferred to Indian control in 1961. I once made a flag for Flores (Indonesia) and Ouidah (Benin), with similar histories, and now I continue these series of former Portuguese colonies. 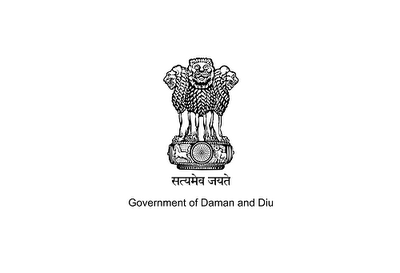 This flag hasn't even their own seal, but the federal emblem. An improvement is needed urgently.

Some information I kept in mind to create the flag: Daman and Diu are separate enclaves in Gujarat state, and their major languages are Gujarat idiom and Portuguese, being these the basis to local identity. My first attempt was this: 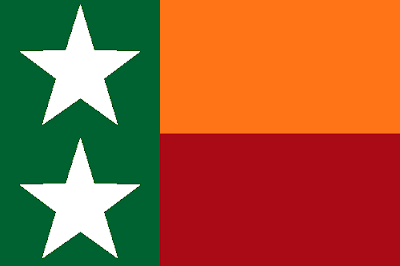 This flag has obvious references to Portuguese flag: green thinner vertical stripe and use of red. It has also the colors of Indian flag, representing Native heritage: orange, green and white. One star represents Daman; the other, Diu. It's not a bad flag, but I think it's too conventional and the orange and red doesn't match. So I changed the order of colors: 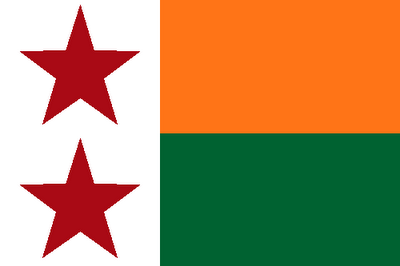 I think this way the flag became more original. I hope you liked.

Please, leave a comment. It riches the blog.
Note: although some Indian unofficial flags have autonomist or secessionist connotations, I tried to keep neutral on the issue. My point of view is that these flags, purely by aesthetic reason, should replace current government flags.
Posted by Leonardo Piccioni at 3:55 am 1 comment: Links to this post

I'm inviting you to my new blog: Flags of U.S. States. There you'll find my opinion about what are the best flags to each American state. All the flags are still done, so it's only time question to post them.

About 25-30% of them are totally original designs, made by myself. The others are current flags, historic flags or flags proposed by other people (the correct credit is given to their respective authors).

To enter the site, click on the link or in the image banner on lateral bar.

Thank you. I hope you like the visit.
Posted by Leonardo Piccioni at 1:32 pm No comments: Links to this post

Email ThisBlogThis!Share to TwitterShare to FacebookShare to Pinterest
Labels: USA

Sometime ago, I tried to find examples of Hawaiian local flags on web. I haven't find a lot of them, only the flags of Honolulu and Oahu counties. So I decided to create a flag to every major Hawaiian island; they're nine.

The source of the colors came from the Ko'Aloha flag, used by Hawaiian nationalists. This is the flag: 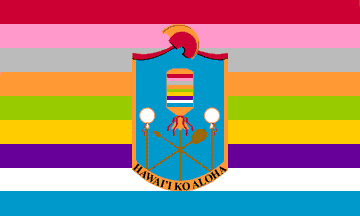 Every stripe of the flag corresponds to an island. There are nine of them, as the number of major inhabited islands on Hawaii archipelago. Just below you can see the flags I idealized to them, and its color and the official emblem of the island (from where the colors were took). They follow a template: bi-chromatic, with allusion to nine stripes on superior left canton. The nine stripes appear on Ko'Aloha flag (above), but also on Hawaii official state flag and Kanaka Maoli flag (used by independentist movement).

These are the flags. Click on them to zoom:

Curiosity: do you know that the official Hawaii flag is the hibiscus? I'm thinking about use it to uninhibited islands, maybe black.

And this is it. Thank you for reading!

Your comment is very appreciated! It's your way to help me improve the blog and the designs. Thanks in advance.
That's the series I promised about two weeks ago. Debt paid!
I'm thinking about create more geometric models. If possible, I'll be replacing the flags one by one.
If you're interested on theme, see related bibliography: [1] and [2].
Posted by Leonardo Piccioni at 12:39 am 2 comments: Links to this post

Samuel McKittrick, in his personal blog, noticed an interesting issue: the use by Ulster flag by the counties of Republic of Ireland that constituted the historical province of Ulster. What's the big question? Republic of Ireland only holds three of Ulster nine counties (the other six counties are in United Kingdom's Northern Ireland). Why not a special flag to denote the three counties (Donegal, Monaghan, Cavan) have different statuses. 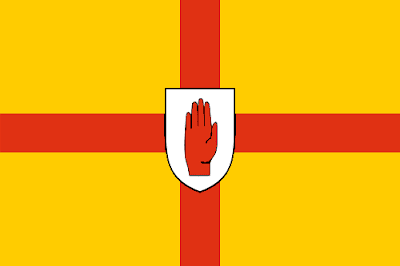 Samuel's proposal is the next (see description on his post): 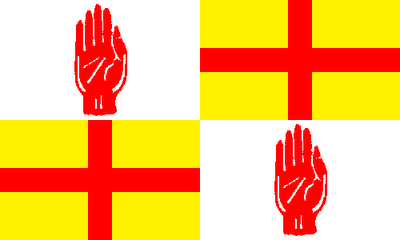 What are the constituents of Ulster flag, that can be seen in both flags: the red hand (from the coat of arms of O'Neill dynasty) and the red cross on golden field (from the House of Burke). The O'Neill were kings of Ulster, and the Burke (or Burgh) were earls of Ulster.

Sam's proposal is good, but maybe yellow and white could be confused on sunlight. I chose the cross as the main element of my flag proposal. The red hand couldn't be out, but I used it like the fleur-de-lis on Quebec flag. The result was this: 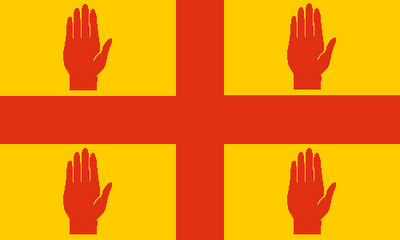 Your comment is welcome. Thank you for reading.
The series I promised last week isn't done, but soon it'll be published.
Posted by Leonardo Piccioni at 5:52 pm 4 comments: Links to this post