The Port Authority of New York and New Jersey is a NY-NJ interstate compact that administers a large hub of airports, seaports and other facilities.

They use the following flag: 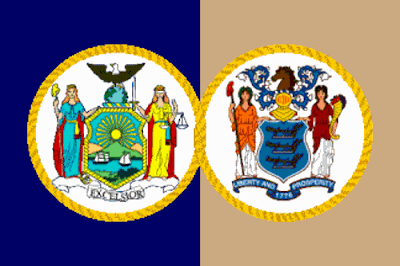 This design mixes elements from the flags of New York and New Jersey states. It's indeed a curious flag, but they only make sense if those flags never change.


I decided to use geographical references in the flag: buff color for NJ, orange for NY and blue for water borders, including Hudson River, all them arranged more or less according to the map. As a distinctive element, I've put the Statue of Liberty, located near the center of Authority's jurisdiction area, where, like Emma Lazarus wrote, it serves as a "New Colossus" for the harbor. 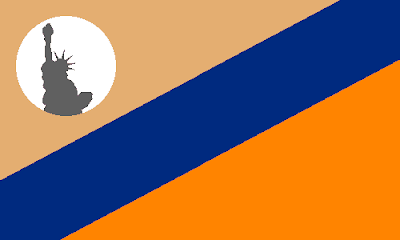 A curious sidenote: here, the Statue is in buff field and, although part of New York city, the Liberty Island is an enclave inside New Jersey.

I live the resuly, but I think the white circle has not enough contrast with buff background, so I moved it to the center, also enlarging it: 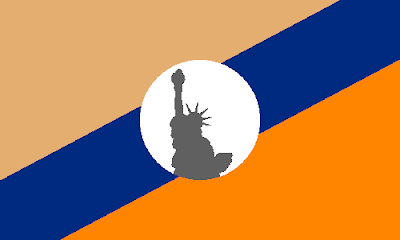 This adds a different bit of symbolism: that Statue of Liberty is more or less in the center of Authority's area.

Comments and suggestions are welcome.
If you're interest in flags with a "colossus", look at my proposal for Rhodes.
Posted by Leonardo Piccioni at 3:45 pm No comments: Links to this post

São Paulo is the biggest city of South America. Less importantly, it's the place where I was born and lived since then. The screen of the computer I'm using right now has color issues, so I had to rely on something whose colors I was used; then, I chose re-redesign São Paulo's flag, as I already posted about it here.

This is the current flag of São Paulo: 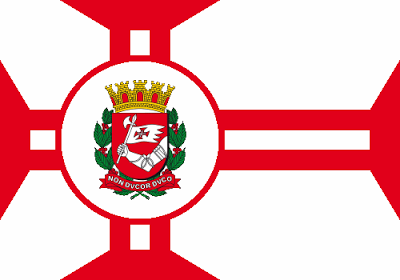 It's not the most horrible flag in the world, I have to admit, but it's surely a complex design, what's not a good thing when we talk about flags.

The two proposals I made then: 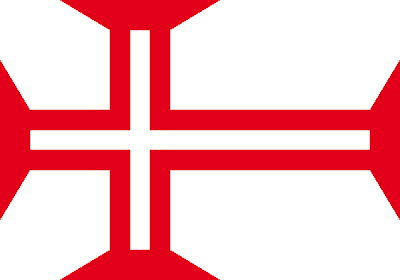 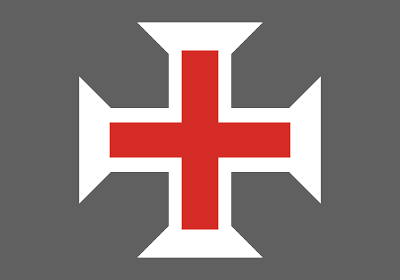 So I was thinking: What if I simplified it, but not as much as my first proposal? Here's the result: 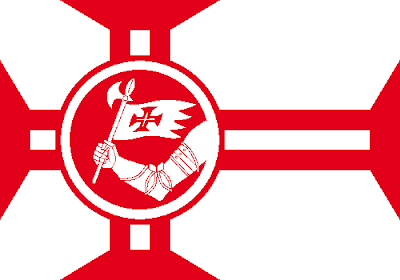 The very same flag, but with a tiny red border around the inner circle: 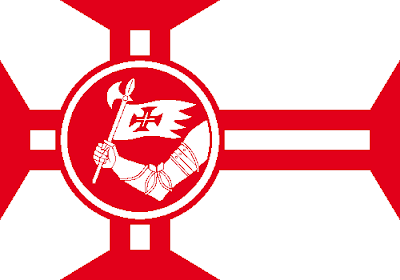 I made the coat of arms fit in the circle, even though I'm not sure if the shoulder is anatomically correct now. I specially like the proportion of red and white in the flag as a whole.

Even though I think this design appealing, I'm not sure if it's such a big improvement over current flag. But it was funny doing it, and seeing the final result, anyway.

Comments and suggestions are welcome.
If I'm correct, it's blog's 200th post! Thanks for helping it keep alive for such a long time.
Posted by Leonardo Piccioni at 12:57 am No comments: Links to this post