Almost three years ago, I proposed the following flags for the heavenly archipelago of Fernando de Noronha: 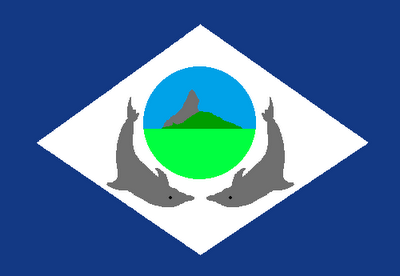 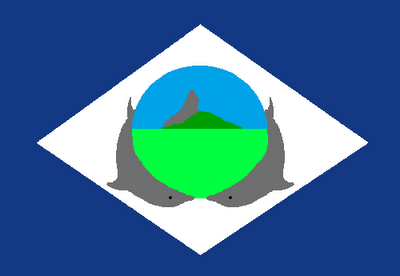 For sure, it removed most of the nonsense in current flag (look original post for rationale): 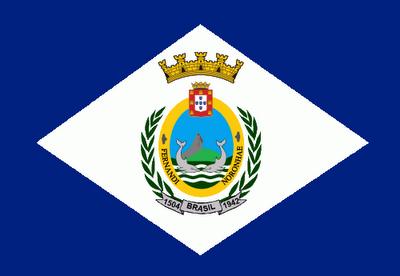 However, I now tend to believe that I could have a more effective proposal. Previous ones had too many colors, and the landscape wasn't effective and, possibly, as relevant as I used to think. My new proposal is the following: 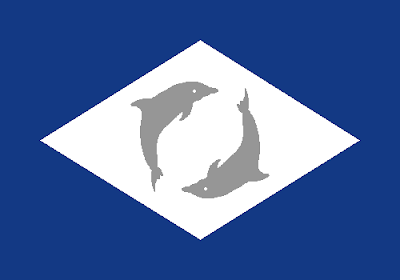 My new design kept the link to current flag as well as Brazilian flag, but is much simpler. I decided to focus on the dolphins, major symbols of the archipelago. The arrangement in circle is classic and catching, and better remarks Brazilian flag.

Comments and suggestions are welcome.
As I'm still without computer, I thought a re-fix is what I could offer.
Posted by Leonardo Piccioni at 12:54 pm No comments: Links to this post

On the post about twin flags, an anonymous commenter on the possibility of redesigning other very similar national flags. It was cited, among others, the Bahrain-Qatar case. 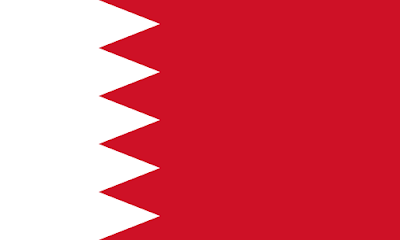 The colors, the ratio, the simplicity of the serrated edges... it all looks fresh. But I think the flag of Qatar is the ugly duckling of the family:

But I dislike the words (it's country's name in Arab, a really dumb idea). I kept the maroon color, as the region was once famous for its purple dyes. I changed the ratio for more conventional 1:2, too. 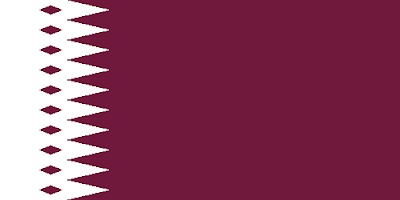 Just for curiosity: the nine "teeth" represents the fact that Qatar was the ninth emirate to be "reconciled" with United Kingdom, after the seven United Arab Emirates and Bahrain.

I think the result is striking and more original, but still true to Qatari history.

Your suggestions and comments are welcome, too.
Last week there wasn't a post due to technical issues. I'm so sorry!
Posted by Leonardo Piccioni at 7:36 pm No comments: Links to this post

Budapest is the capital of Budapest. The city was created in 1873, by the union of the cities of Buda, Pest and Óbuda ("Old Buda").

Until 2011, Budapest used this flag, incorporating the red-yellow of Buda and the blue-yellow of Pest: 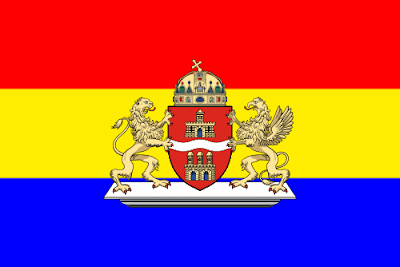 The rationale for the change included the similarity with the flag of neighbor country Romania (for a brief period, the blue was replaced by green mostly by same reason) and the absence of Hungarian colors more visibly, what would give the impression that Budapest was independent of Hungary (yes, I also think this is a horrible argument).

The current flag is therefore very similar with many Hungarian nationwide flags (compare with naval ensign): 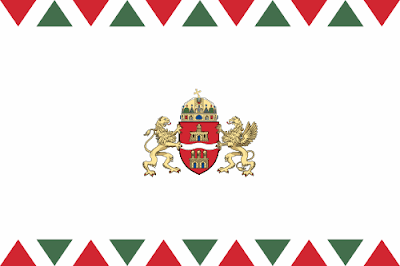 In my opinion, this flag is less interesting and meaningful than previous one, but you improve it to a next level. My first idea is a stylized banner of arms: 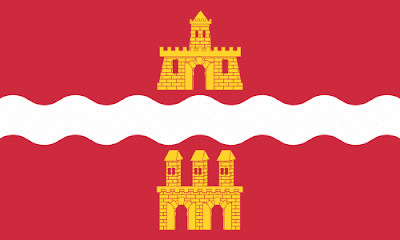 But, if one want to incorporate more Hungarian symbolism, you could made the flag red-white-green like national flag: 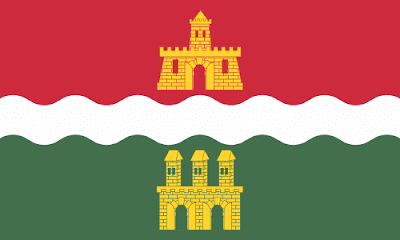 Another thought is making the Pest part blue and yellow again: 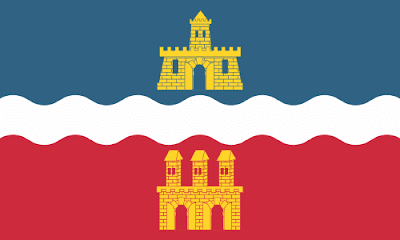 I don't think the last looks particularly Romanian, do you?

Comments and suggestions are welcome.
By the way, which one is your favorite?
Posted by Leonardo Piccioni at 7:12 pm No comments: Links to this post