Among the Canary inhabitated islands, La Graciosa is the only without a flag. Trying to solve this, local inhabitant Jesús Manuel Páez started an online poll asking people's opinion about his design.

Here, you can my rendition of his design: 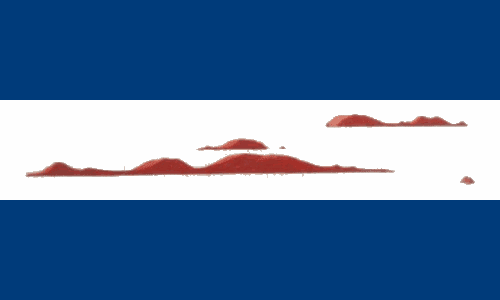 This flag is based in previous ideas, as can be read here. The two blue stripes represents the sky and the sea. The middle stripe forms the silhouette of La Graciosa and neighbor islets.

I'm not so sure about the design, as the silhouette is not very obvious, to say the least. José Manuel Erbez Rodríguez created the following proposal, a much more ellegant design on same theme: 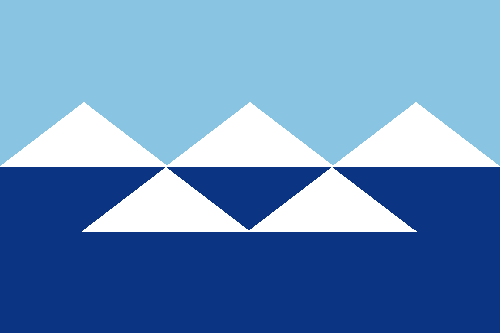 Without pretensions of beating Erbez's design, I decided to make my own contribution: 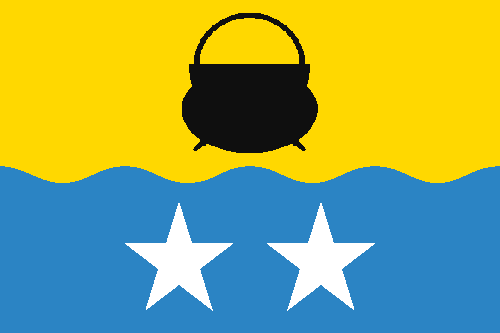 Yellow for sand, blue for the light sea. The cauldron is punning to the Playa de la Cocina (cocina = kitchen, cuisine), one of most important beaches in Canary Islands, and commonly found in regional heraldry. The two stars represent the two settlements in the island: Caleta de Sebo and Casas de Pedro Barba.

As I couldn't find similar design, and some Canarian flags are really simple, this design could also be used: 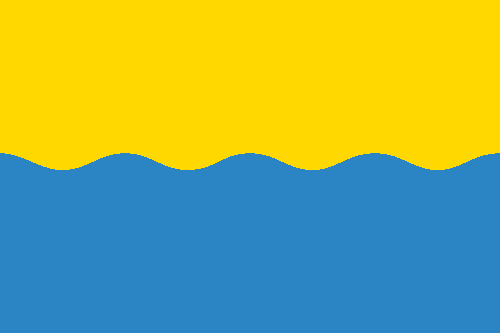 Comments and suggestions are welcome.
I'll be traveling next weeks, so hiatuses can occur.
Posted by Leonardo Piccioni at 1:20 pm No comments:

The chosen design, by a local artist called Susan Edwards, is the following: 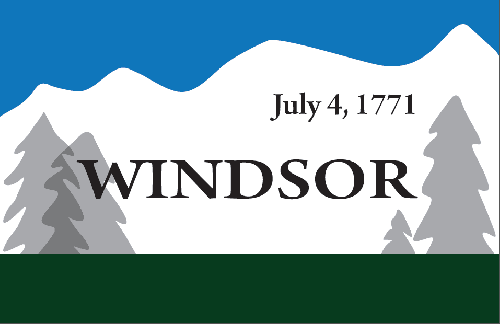 It was requested that the design included "elements of the town's topography, natural resources and snow", according to the report. Many aspects of the work are clearly against vexillography principles: use of words, very complex shapes, etc.

Taking Susan Edwards' idea, but with a better layout, I obtained the following result: 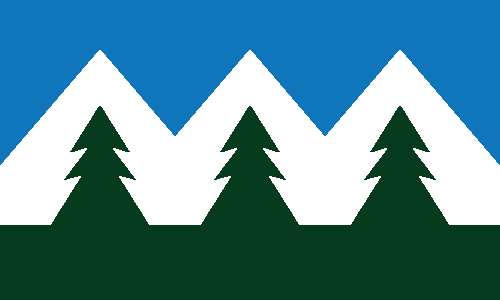 My proposal is more stylized, with less colors and simpler shapes. Another positive point is that it discards any letters or numbers, that doesn't go well in the wind. Anyway, it still follows the guidelines given by the report.

Comments and suggestions are welcome.
It's always good to remember the principles under a good flag. You can read Ted Kaye's book online on NAVA's website.
Posted by Leonardo Piccioni at 2:56 pm No comments:

Caithness is near to become the first mainland Scottish historic county (Orkney and Shetland already did it) to adopt its own flag. Today's post is for raise the awareness about this possibility.

Although it's not so common a post about the theme, I have made, along the years, many flags for Scottish localities. My favorite proposal for Caithness, that Meiriongwril has "resurrected" in Flags Forum, is a simple banner of arms: 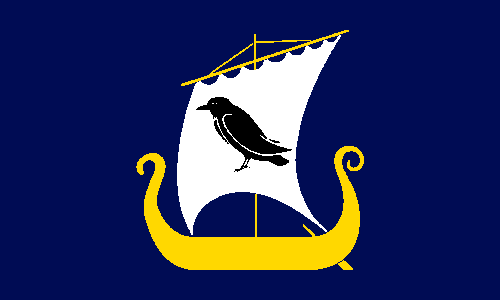 A sailing ship has been a symbol of Caithness since the times of Norse mormaers. The raven is took from the "raven banner" conjecturally flown in Viking ships.

For a most laboured flag, I looked for the coat of arms of the Earl of Caithness: This kind of ship in first and fourth quarters is more similar to most of the presentations of Mormaership of Caithness' coat of arms. Using the same background, and putting the previous flag on first quarter, we obtain the following result: 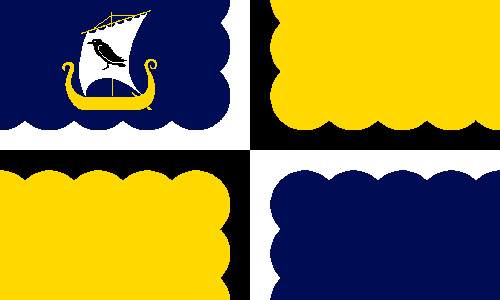 Comments and suggestions are welcome.
You can read more the chances of Caithness gaining a flag here.
Posted by Leonardo Piccioni at 12:52 am No comments: